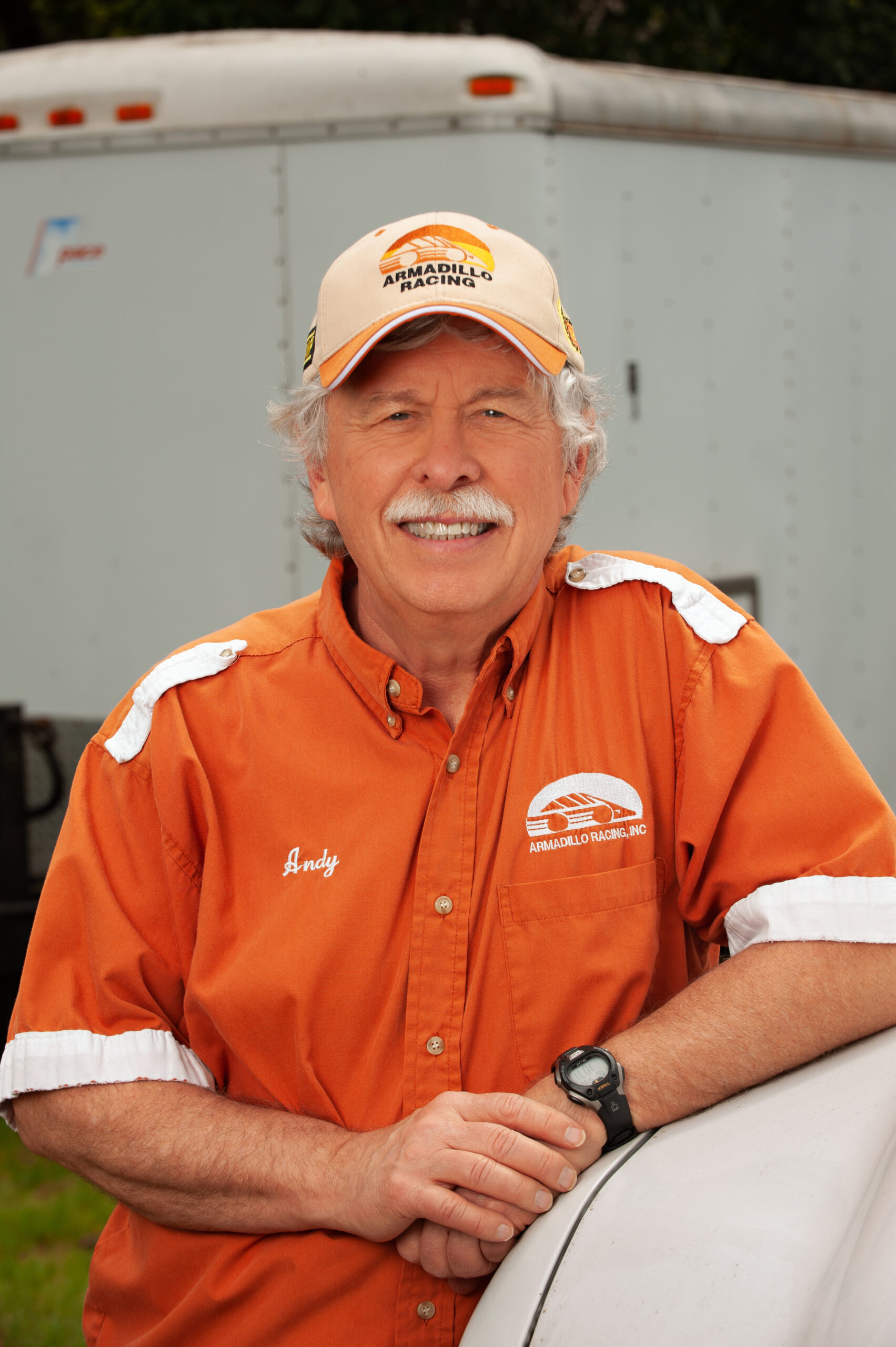 “Armadillo Andy” as he is called, is the founder of Armadillo Racing Inc (ARI).  In addition to over 35 years of experience operating ARI, he has spent a lifetime in motorsports.  Beginning at age 10 when he used to listen to the Indy 500 on the radio, he has always been passionate about racing.  After graduating from the University of Texas with a degree in Mechanical Engineering, he bought his first performance car a 1973 Pontiac Trans-Am that he still owns and began autocrossing with the Texas Spokes Sports Car Club.

Moving to Bremerton, WA in 1977 he continued to autocross winning several championships and served as President of the Bremerton Sports Car Club.  Soon thereafter, he joined Turncrews NW (TCNW) and began a 12 year career as a turn marshal working turns for Formula 1, CART, IMSA, SCCA, NASCAR, and the International Conference of Sports Car Clubs (ICSCC).  During the time from 1980 to 1993, Andy served as President of TCNW, President of the International Race Drivers Club (IRDC), Regional Executive of NW Region SCCA, and marketing director for ICSCC.  Currently he is serving as the President of the Society of Vintage Racing Enthusiasts (SOVREN).

Andy began road racing in 1989 in a 240Z and continues to race various cars when time permits.  He recently purchased a 1972 240Z and is preparing the car for vintage racing.

Passionate about racing, Andy strongly believes in service to the racer and the racing community.  This means getting the parts and equipment to you on time to meet your racing needs. 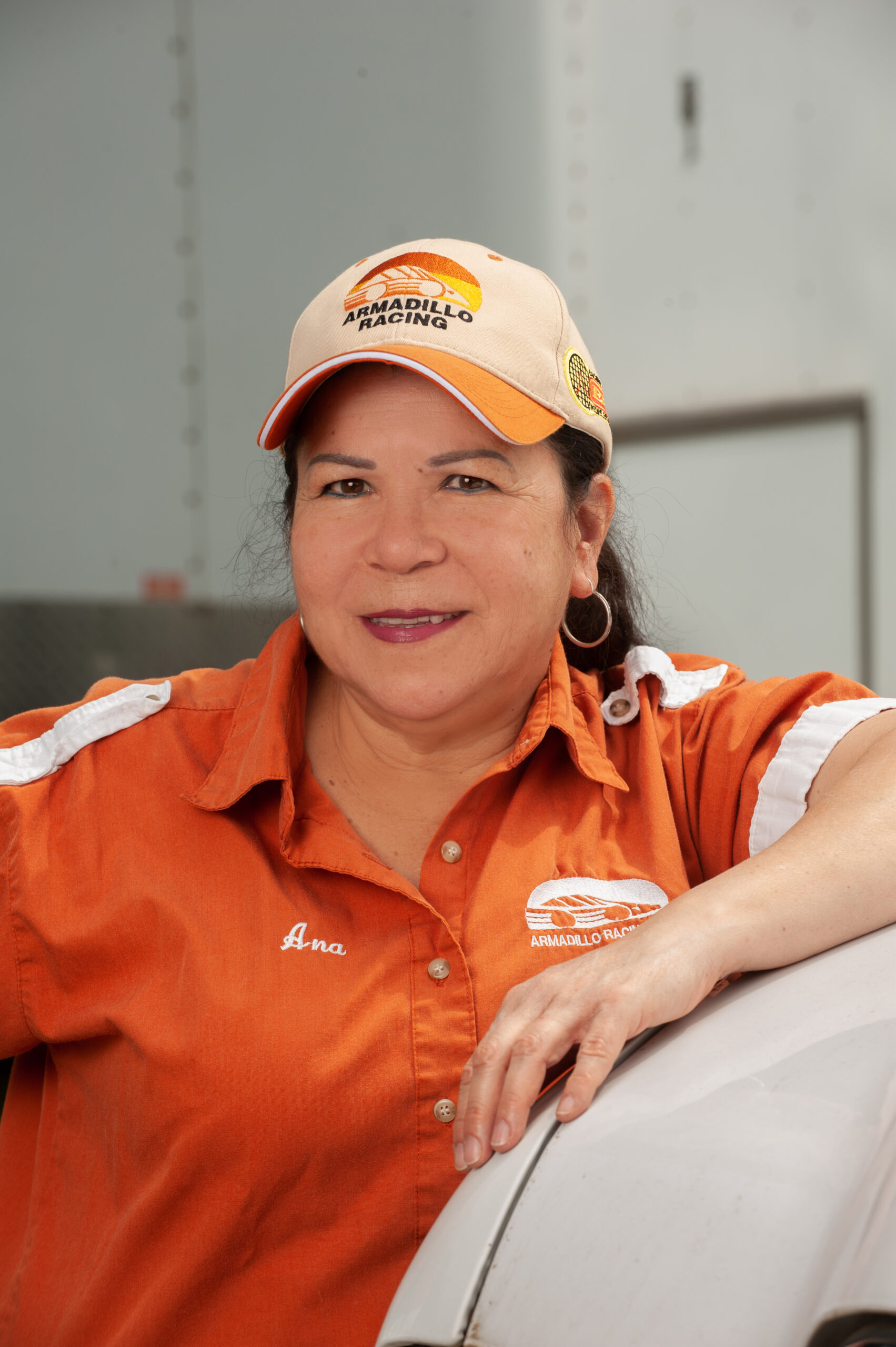 “Armadillo Ana” was introduced to racing in 2007 and began working trackside from the Armadillo store in 2009.  Growing up in Colombia, Ana has vast experience in retail and is an excellent salesperson with extensive knowledge of racing parts.  Plus, she speaks fluent Spanish.  Since coming to America, Ana has attended club sports car races, vintage races, drag race, circle track races as well as Formula 1 and the Indy 500.

Ana is the hardest working person you’ll meet being dedicated to serving the racer with the same philosophy as Andy, that the racer’s needs come first to ensure your parts and equipment are delivered on time to support your needs. 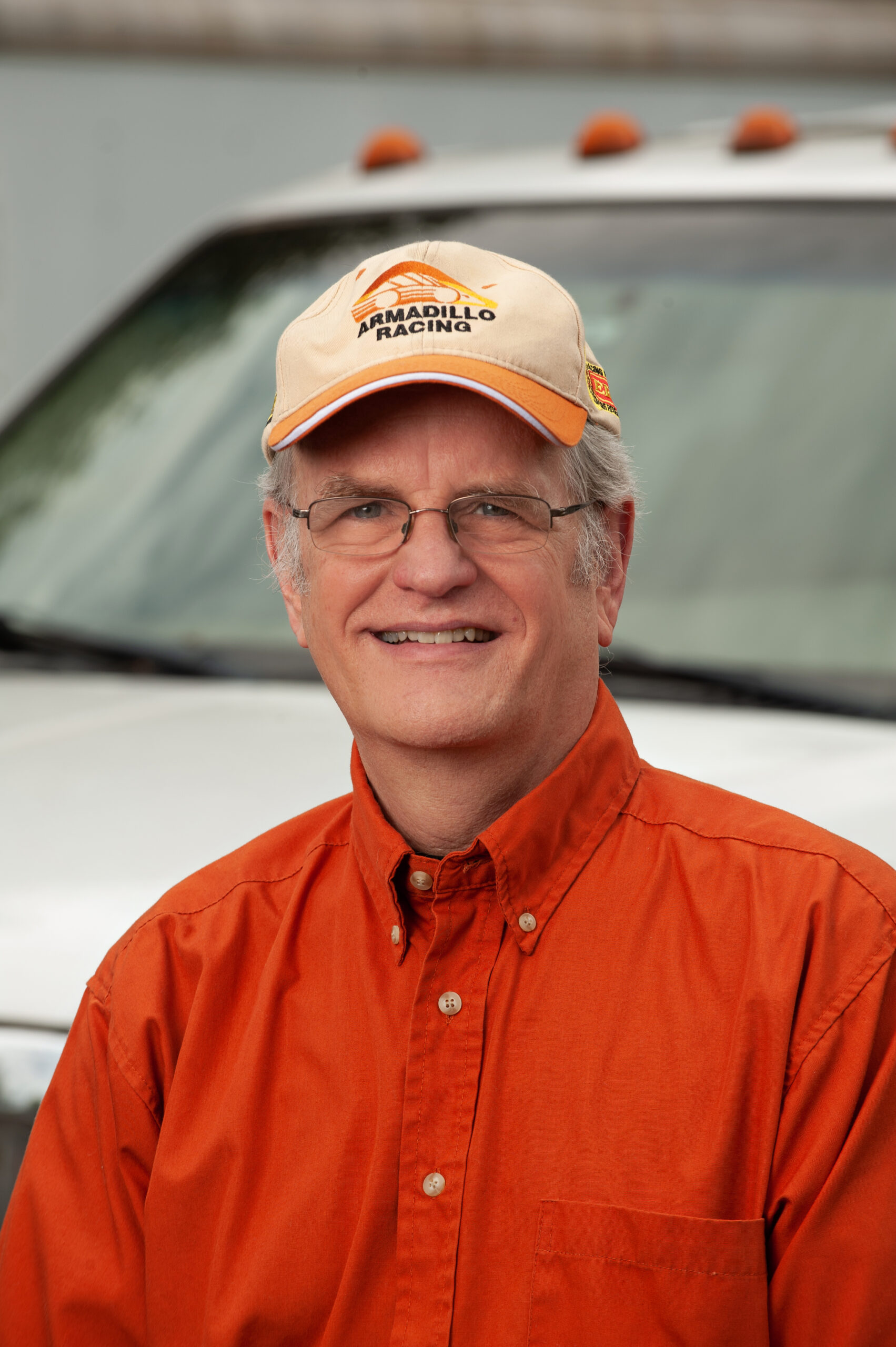 “Armadillo Waldo” works behind the scenes at Armadillo Racing in the office to ensure parts are received, priced, loaded and ready to go to the track.  Further Waldo is the chief recertifier of HANS devices. He is extremely knowledgeable on technical issues from his 30+ years as a degreed field engineer plus he was crew chief for a club racer on his Formula Vee.  Waldo has being working at Armadillo Racing for 2 years. 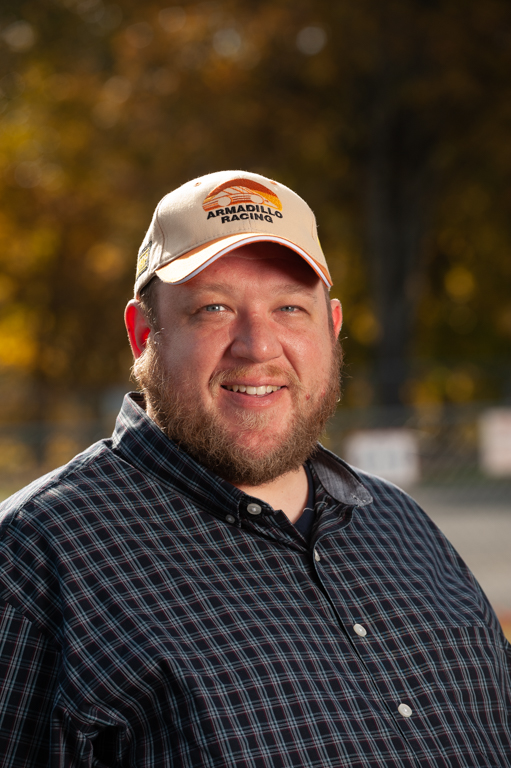 Tim Julian grew up living and breathing cars, just a stone’s throw away from Pacific Raceways. His father, Walt, owned an auto shop and road raced cars. In 1991 Tim began volunteering for the International Race Driver’s Club at the age of six, checking lug nuts and brake lights. At sixteen Tim took over for his father as Chief of Technical Inspection and continues to volunteer to this day. Professionally Tim is a jack of many trades. Besides  operating the Armadillo Racing ProShop at Pacific Raceways, he’s also a mechanic, quality assurance technician, machinist, designer, draftsmen, hardwood flooring journeyman, survivor of a rare neurological condition called Chiari, and a devoted husband. 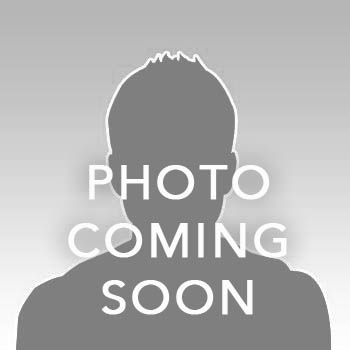 “The Fuel Jockey” as Don calls himself, handles racing fuel delivery and storage and has been with Armadillo Racing for 10 years.  Like Waldo, Don usually works behind the scenes to care for and manage the racing fuel operation.  Retired from the Puget Sound Naval Shipyard as a Planner and Estimator, Don is dependable and confident doing all he can to ensure fuel and occasionally parts are delivered on time when they need to be.